The Tomb of the Unknown Artist 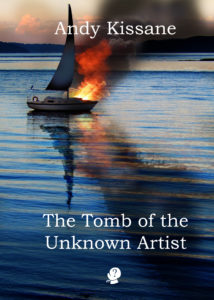 These poems are unflinching in the face of death, yet suffused with the delights of living, from a potato harvest to a walk beside a river. They are in tune with the complexities of the modern world—the unseen environmental impact of war, an apocalyptic vision of a flooded city, a shocking glimpse of school bullying, the very ordinary dreams of refugees. An extended sequence, set during the Vietnam war, dramatises the confronting nature of combat and the way it comes back to haunt you, night after sleepless night. Finally, a fascination with the creativity of painters builds to the blazing farewell of an unknown artist.

In its entirety, The Tomb of the Unknown Artist is an enriching collection, taking readers on a journey from the womb to the tomb (quite literally) and through a range of emotional and natural landscapes. It demonstrates the kind of close attention to and delight in the natural world that is sorely needed in our present moment on earth.

Although some of the poems are loaded with pain, even those are beautiful: as a reader you sense that, for a change, someone is really trying to find the truth and express it. Kissane’s only agenda here is the truth, read it as you like, and for that reason you may feel, as I did, that you are more genuinely human, more connected, after reading this volume.

Ask someone why they don’t read more poetry and they’ll probably say the form intimidates them. Free from the constraints of linear time and grammar, many are afraid they won’t immediately grasp what’s on the page.

Andy Kissane’s latest collection of poetry, The Tomb of the Unknown Artist, is a refreshing antidote for those who prefer to swim in prose’s calmer waters. Like a song or beautiful painting, Kissane’s lyrical effortlessness welcomes you in and demands little in return. The poems are packed full of imagery; the writer keenly aware of human suffering but also the small joys to be found in domestic intimacies.

The book’s first poem, Alone Again, was awarded the Australian Poetry Journal’s poem of the year in 2015. It’s easy to see why. It is an intimate portrait in which the speaker imagines his final moments on earth – overflowing with taste and touch. The piece is the perfect primer, given that so much of the book is devoted to death and the ravages of time. However, Alone Again also throws the reader back to the moment when it all began. The water in the poem reminds us of the “dark certainty of the womb”, a place from which we emerge wet and gasping for air.

In the subsequent poems, the speaker watches a parent die. The poet’s gaze is unflinching: “Parched lips, eyes firmly shut, your white hair combed / back against the pillow.” Kissane gives voice to the idea that grief and memory are closely intertwined. Walking, especially among nature, is therapeutic. Indeed, on and off the page the mind “flows / like a river”.

One of this collection’s strengths is the sequence from the perspective of a Vietnam veteran. The pieces aren’t so much about the war itself but the aftermath: scars physical and psychological. There is a stomach-dropping turn in the award-winning poem Rock the Baby’s final stanza, while the daily comforts of civilian life are tipped upside down in the shorter piece Back Home.

Kissane arguably saves his most experimental piece for last. The Tomb of the Unknown Artist, which also doubles as the book’s namesake, was written in response to an exhibition by British artist Grayson Perry. It juxtaposes ancient rituals, the provision of food for the dead, shielding eyes for burial, with everyday Australian things such as Blundstone boots and sourdough toast. The poem’s title alludes to America’s Tomb of the Unknown Soldier, which feels fitting given the previous poems navigate war and trauma.

The generosity inherent in Kissane’s work won’t appeal to all lovers of poetry. However, the lucid narratives and descriptions make his work shine.

Walking alone, my toes sinking into the wet sand

of this primordial beach, the sloshing pull

at my ankles reminding me of the dark certainty

of the womb that I can now only barely imagine

—that second when I slipped suddenly

into the hands of another and bawled my first

barbaric yawp into the warm pulse of the night—

a moment as precious and as easily forgotten

with snatches of birdsong, the smallest flicker

of eyelashes, a tempting laziness and a yearning

that I struggle to name and understand. While

and sipping what the waiter calls the best beer

in the world, I listen to Louis Armstrong sing

heaven ever closer, I tear the sweet lamb

from the bone, the light blazing off the silver

and for once I don’t think that I have wasted

my life. Hopefully, I will feel this way again

at the hour of my death, when my feet

between the blind and the window, when

I am about to fall or rise into who knows

what mysterious space, aware that I alone

can do this, and must, aware that I cannot

defer or control what will be—my eyes

now opening for one last glimpse of beauty.